The Headquarters Salon is HONORED to have competed in the Battle of the Salons 2016. The Lafayette Cajun Dome Convention Center hosted the jaw-dropping, red-carpet, formal event. The competition featured 12 local salons competing for the best homage to the Oscars. The proceeds from the Battle of the Salons 2016 benefits the Alzheimer’s Association.

For our submission we elected to represent scenes from the 1976 Stephen King classic movie Carrie. The shy, friendless teenage girl sheltered by her domineering, religious mother, who unleashes her telekinetic powers after being humiliated by her classmates at her senior prom.

The Headquarters Salon decided to unleash our creative powers. Our model was pretty open-minded when it was suggested she should be covered in fake blood. Our stylists recreated the epic scene where Carrie loses her shit on stage at her prom after being drenched in pig’s blood. It was memorable to say the least.

There were some excellent entries from the other salons. Among the other movies featured were Cleopatra, Beetlejuice, Lion King, Avatar, Star Wars, 50 Shades of Grey and so many others. It is obvious that all the entrants poured hours and days of time and effort into their project. The Headquarters Salon is thrilled to be among all these talented stylist working to raise money for a good cause. It’s clear that Lafayette stylists are second to none and have intense passion for their work.

It’s not every day that you get to flex your inspiration and creativity on such a grand scale. The Headquarters Salon is tremendously grateful to have been able to participate and look forward to the next battle.

Call to schedule an appointment with our Lafayette’s best hair salon or click below to schedule online! 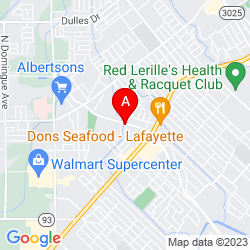